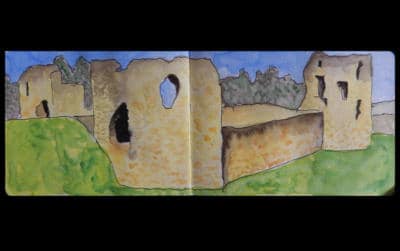 Flint Castle is situated on the Dee estuary. The site was chosen by Edward 1st, during his war on the Welsh, as it was close to sea routes for trade. He had workers from around England forcibly drafted in to populate the new ‘town’ of Flint in order to build the castle. It was the […]